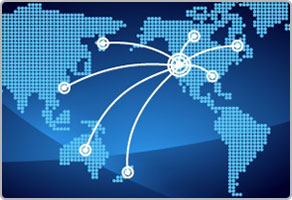 The Marine Highway – barges shuttling ocean shipping containers between Stockton and the Port of Oakland – has been up and running for nearly three months now.

Now that the kinks have been worked out, the focus is on increasing use of the system so revenues begin to cover the costs of operations, said the top official at the Port of Stockton, which is in charge of the innovative cargo system. 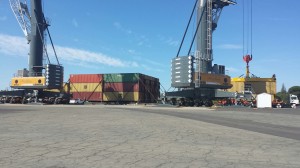 “We’re very encouraged by where it is right now,” he said Wednesday. “We seem to be right on track.”

The Marine Highway, however, is still in a fledgling state.

In its budget for the fiscal year that began July 1, the port had projected it would move 880 containers each week. At that rate, the year’s operating return would be nearly $700,000, but the net would be closer to break-even when equipment depreciation is included.

If container volumes fall short of that mark, the Marine Highway would run into the red.

Aschieris said that’s acceptable during this initial startup period. “That’s to be expected,” he said.

“I don’t see any adverse impact on our overall bottom line, because other sectors of the port are doing very, very well. I would say overall this is a very good time to engage in a startup like this, or a demonstration project like this.”