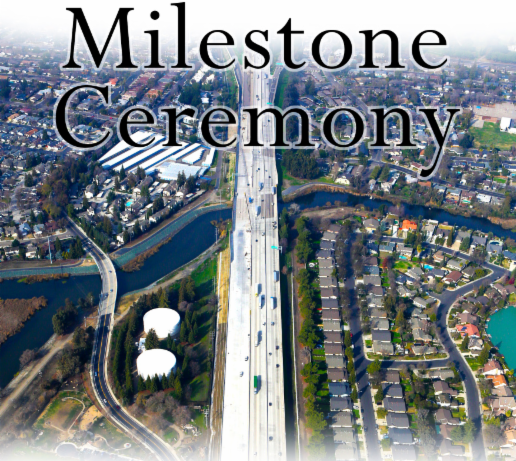 Celebration ceremonies were held this morning at March Lane and I-5 for the completion of the northbound lanes on I-5 from Country Club Boulevard to Hammer Lane and the unveiling of the first HOV/Carpool lanes in San Joaquin County.
Cal Trans District 10 Director Dennis Agar, calling it a significant milestone, said that all this construction is the first major improvement to Interstate Five since its construction in the 1970’s.

Malcolm Dougherty, Cal Trans director, (pictured left) said he could not think of a stretch of corridor in the state that needed this more and credited San Joaquin County voters who passed Measure K, the 1/2 cent sales tax, which was leveraged with state and federal funds to finance the construction. He also commented on the actual structure composition strategy.
“It’s a long life concrete strategy and it should be a minimum of four years before repairs are required,” he said.
Assemblywoman Susan Eggman said she drives this portion of I-5 daily and has witnessed the construction progress since it began in 2011. 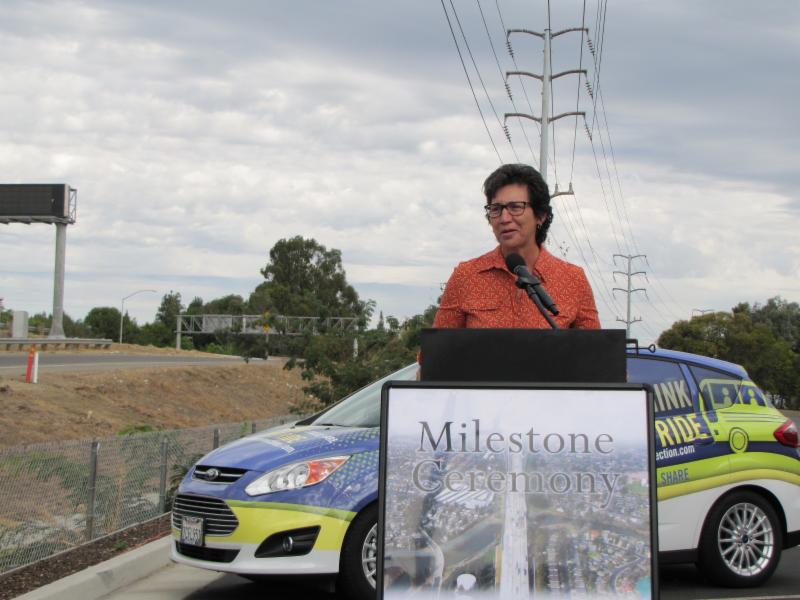 Eggman congratulated local citizens for their patience adding this improvement is needed for the “coming explosion of industry, education (referring to a proposed UC Campus in Stockton) and population.”
San Joaquin Council of Governments Director Andrew Chesley said in the next few months there will be several more celebrations such as this morning’s as highway projects around the county are completed.